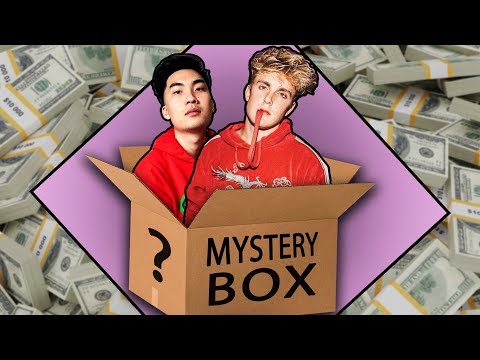 UPDATE 2016-08-27 00:37 JST
UPDATE 2016-04-25 02:20 JST
Let's pretend...
What if an awesome couple, after keeping Metal Resistance on repeat (and lurking here 🤓) ever since its release, decided that attending the "Tour Final at Tokyo Dome" on 19 September 2016 was not an option, but an absolute moral imperative?
And what if said couple had already been poo-pooed by the immediate sellout of the last show in Tokyo, without enough time to even make a few taps on a konbini kiosk screen? 😭
And what if they considered that, while their chances of getting tickets in a lottery were quite low, it was a better option than waiting for the official sale only to get poo-pooed again?
And what if when embarking on this new quest, they coerced a bunch of friends to also enter the lottery on their behalf, in hopes that just one would win the opportunity to buy some tickets?
And what if, out of ten total entries in the lottery, eight actually won? 😱
And what if, out of 32 tickets that were suddenly made available to them for purchase, only 8 were taken by committed conspirators?
And what if rather than buying only those 8 tickets -- taking into account that international fans were being seduced by the promise of the lotteries only to be outright rejected 😓, as well as the handful of crazy gaijin 😜 who had already bought their plane tickets with only hope of finding tickets to the show some time later -- they did what they thought was right and also bought the other 24 available tickets?
And what if they are the types who feel that scalping tickets at inflated prices to the disenfranchised is complete BS 😠, and would be happy to let them go to their friends from overseas for simple reimbursement of what they paid (face value and fees), plus a few bucks/quid for credit card interest, postage, a thank-you melon pan etc.? 😎
Would any of you be interested? 😊
Details
It's easy: 生き続ける愛があるから。♥

MacBook-Air:python kitsune$ python 201-digit-23rd-root.py 0:00:01.140248 MacBook-Air:python kitsune$ 1.14 seconds — to do the calculation 3,450,000 times. My MacBook Air is an old model from mid-2013, and I’m already beating by more than a factor of 150 million someone who was (despite the oddities of the famous story) in the Guinness Book of Records for her mathematical abilities. Investment Arm Of Binance Awards Grants To Three Startups Working On Open-Source Blockchain Tech. Binance created the Binance Labs investment arm as a way for the company to invest in other projects. According to recent reports from CoinDesk, Binance Labs has found three startups working on open-source blockchain technologies – Ironbelly, HOPR, and Kitsune Wallet. kitsune. Code monkey. Areas of interest include c#, functional programming, game and web development. 37. answers . 62. questions ~1.0m. people reached. Switzerland. Member for 11 years, 11 months. 565 profile views. Last seen Mar 27 '18 at 12:28. Communities (4) Stack Overflow 10.8k 10.8k 12 12 gold badges 53 53 silver badges 76 76 bronze badges; Server Fault 123 123 2 2 silver badges 4 4 ... Q&A for Bitcoin crypto-currency enthusiasts. Stack Exchange network consists of 177 Q&A communities including Stack Overflow, the largest, most trusted online community for developers to learn, share their knowledge, and build their careers.. Visit Stack Exchange But if you value the service we provide, and are able to, we—and our users—would be tremendously grateful if you considered making a donation. Donation progress for October 2020. So far, approximately $400.00 has been raised out of our target of $400.00. We're about 100% of the way there! Please note: this tracker is updated manually—don't worry if your donation doesn't show up ...

5 Scary Things Caught On Camera : GLITCHES In The Matrix

Enjoy the videos and music you love, upload original content, and share it all with friends, family, and the world on YouTube. We did prank calls from a fort for the first time!! Dog food fort edition! CHECK OUT THIS 24 hour challenge! https://youtube.com/watch?v=Lp5AEt8Xguc Leave ... It's tough living in a small bedroom in your parents house, no room for yourself or privacy, then imagine owning 6.6 billion acres of land across the world a... Smrdim na govna. instagram - - - https://www.instagram.com/bakaprase/ - - - twitch - - - https://www.twitch.tv/bakaprasemlg - - - Business inquiries: bakapra... Na live de hoje irei alternar entre encomendas que recebi a alguns meses e estão na fase de finalização.