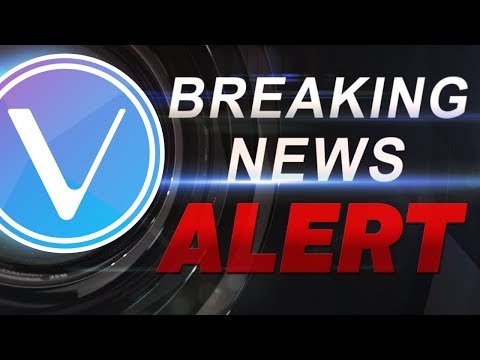 Centralized exchanges and their risks

Total Market Cap, as of 08.02.19 at 12:00pm (PST):
Missed last week’s update? Click here for a summary
​
STORY OF THE WEEK
· From a court hearing held on July 29th , 2019, New York Supreme Court Judge Joel M Cohen delays the decision whether to dismiss NYAG’s allegations against Bitfinex and Tether or to reject the motion to dismiss for 90 days.
​
CRYPTOCURRENCY TRADING SERVICES
· Digital-asset wallet service provider Blockchain.com launches a new exchange service dubbed “The Pit”.
· BitFlyer Europe launches new buying and selling service to spot trade cryptocurrencies.
· Kraken partners with Etana Custody to offer new options for fiat deposits and withdrawals in USD, EUR, CAD, GBP, JPY.
​
REGULATION
· In an explanatory memorandum issued by the Treasury in Australia, proposes to ban cash payments for goods and services exceeding 10,000 AUD (U.S. $6,900). Digital currencies have been mentioned to be excluded should the rule take into effect.
· Bithumb, Upbit, Coinone and Korbit face stricter requirements to maintain bank accounts as large South Korean banks tighten measures to combat money laundering.
· In the risk factors section of a recent quarterly report, Facebook outlines while it expects its Libra digital currency to launch in 2020, regulatory concerns from lawmakers and regulators may prevent it from happening at all.
· The U.K Financial Conduct Authority (FCA) has finalized guidance on crypto assets and the tokens that fall under its jurisdiction.
· Cryptocurrency derivatives exchange Quedex has secured a Distributed Ledger Technology (DLT) Providers Licence from the Gibraltar Financial Services Commission (GFSC). This gives the firm the ability to offer trading services such as Bitcoin futures and crypto custodial services.
· A total of 11 regulations related to blockchain/cryptocurrency has been lifted in the South Korean city of Busan as a controlled experiment to increase research and development.
​
TECHNOLOGY
· Tether has launched a new token dubbed Liquid USDT running on BlockStream’s Liquid Network sidechain.
​
INSTITUTIONALIZATION
· According to a recent patent filing, Walmart may be working on issuing its own fiat-backed digital currency.
· Grayscale’s U.S. $2.7 Billion in Crypto Assets Will Now Be Held by Coinbase Custody
​
PEOPLE
· Co-founder of cryptocurrency exchange Bitmarket, Tobiasz Niemiro has been found dead with a bullet wound to the head on Thursday in a forest near his home city of Olsztyn in Poland.
· Former CEO of Mt. Gox, Mark Karpeles faces a class action lawsuit brought in Philadelphia over the notorious collapse of the exchange in 2014.
​
TWITTER
· @danheld – "A loaf of bread costs: 1915: $0.07 2019: $2.89 | 2010: 119 BTC 2019: 0.00037 BTC You tell me which is a shitcoin"
· @michellebond111 – “With tomorrow’s hearing, I’m encouraged that our congressional leaders are taking the time to understand crypto and blockchain technologies. Let’s work together on a thoughtful policy framework that fosters innovation at home in the U.S. The time is now.”
· @jimmysong – “If you want to really stack sats, make something so good that people will go through the trouble of converting their fiat to BTC to buy it.”

News roundup for the previous week.
In International news
In Domestic news
In SciTech news
In Economic news
In Military news
Other Notables

Disgraced Crypto Exchange QuadrigaCX Accidentally Sent Nearly $400,000 to Dead CEO’s Bitcoin Wallet. By: Joseph Young No Comments ; Published: 2 years ago → Headlines, Markets News & Opinions; Deciding to use BCH doesn't mean you have to sell your BTC. Source: Shutterstock. On February 12, Ernst and Young (EY), the monitor of the QuadrigaCX case, released its first report with the ... The cryptocurrency exchange QuadrigaCX owes its customers $250 million in Canadian dollars. Unfortunately, the exchange can't access any of the funds because its leader is dead and no one knows ... SINGAPORE – The CEO of a virtual currency exchange was found dead in her home in Singapore. A police spokesman said Thursday that initial investigations indicated there was no suspicion of ... Crypto CEO dies with the password to unlock $200+ million of customers' Bitcoin . Xeni Jardin 12:01 pm Mon Feb 4, 2019 "After Gerry’s death, Quadriga’s inventory of cryptocurrency has become ... American Bitcoin exchange CEO found dead in her Singapore home after suspected suicide at age 28. Autumn Radtke, 28, was discovered on February 28

VeChain's CEO just went live to discuss the stolen VET. Bitcoin's next move will set the tone for 2020! QuadrigaCX Exchange CEO's body to be exhumed. THIS critical support level MUST HOLD for Bitcoin. They were active in the development of bitcoin up until December 2010. On a P2P Foundation profile, Nakamoto claimed to be a man living in Japan, born on 5 April 1975. About a month ago, on January 26, QuadrigaCX (a Canadian crypto exchange with clients around the world) suspended operations. Seven weeks prior, their CEO passed away suddenly and unexpectedly ... FACEBOOK is DEAD! And MINDS.COM has taken over! E100 - Bill Ottman and MINDS.COM Bill Ottman An American Internet entrepreneur and freedom of information act... Meet Serge Vasylchuk CEO of Codex, hear his story, how he got into blockchain and how he is trying to bring more value through his crypto exchange Codex #WIN $100 BCH ATTENTION YOU MUST Follow ...